Java on Google appengine has always been an matter of concern, especially with low traffic. People have expressed their anxiety with their application's performance. This site/blog runs on blogger. However the images and JavaScript are dynamically served from Google's Big table.

This site was earlier on Google appengine  - Py. A much performant environment. It has its owns issues. However, relatively it was a more worry free environment for small applications. But as an enterprise language, java was to be used for this site. The migration was finally done after three unsuccessful attempts. And eventually, with an extremely slim home grown framework – smvc, a simple mvc with dependency injection, the site is run on java.

Initially there were resource intensive cold startups. The smvc framework was an answer to it. But lately it appears that the appengine java is plaguing the site with a bunch of 500 errors, more frequently. This behavior started around Oct 27 and persists till today. It is being monitored. 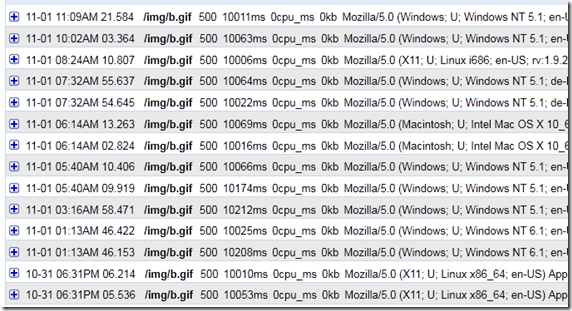 p/s: if you are visiting this site and are having issues, please help by dropping a comment in the feedback form. Every possible improvement to get the site working without issues, is being worked on. Your feedback will help to improve it further.